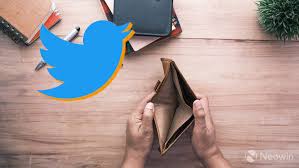 The warning was sent amid a turbulent start to Musk’s leadership at the social media business, which has spanned a two-week period during which he has dismissed half of Twitter’s personnel, pushed out most of the senior executives, and instructed the remaining staff to cease working from home.

Twitter’s potential bankruptcy was hinted at by the company’s new owner, Elon Musk, completing a hectic day that also saw key staffers depart the organization and get a warning from a US regulator.

According to credit experts, the billionaire informed Twitter personnel on a call two weeks after buying it for $44 billion that he couldn’t rule out bankruptcy. The deal endangered Twitter’s financial stability.

In his first meeting with all Twitter employees on Thursday afternoon, Musk reportedly warned that the company might lose billions of dollars in the following fiscal year.

According to media reports, Yoel Roth and Robin Wheeler, two staffers who moderated a Twitter Spaces debate with Elon Musk on Wednesday while he tried to soothe advertisers’ concerns, had left their positions. Roth and Wheeler did not immediately respond to requests for comment.

Wheeler was the face of Twitter’s advertising campaign when Musk took over. There are now 95% fewer views of harmful content in search results than there were before Musk’s takeover, according to Roth, who handled safety and integrity at Twitter.

The company’s personnel would be slashed in half, Musk committed to removing fake accounts, and he unveiled plans to charge $8 per month for the Twitter Blue service, which would include a blue check verification, last week.

Following the transaction, Twitter owes $13 billion in debt, with interest accruing over the ensuing 12 months amounting to almost $1.2 billion. The distributions exceed Twitter’s most recent cash flow declaration, which showed that the company had $1.1 billion in cash as of the end of June.

Musk reportedly sent his first email to Twitter employees on Thursday advising them that remote work would no longer be allowed and that they should prepare to spend at least 40 hours per week in the office. 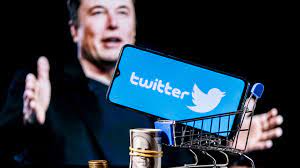