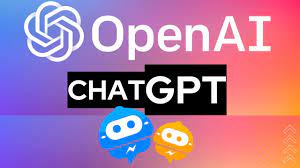 Posted byEunice OluwatosinJanuary 10, 2023January 10, 2023Leave a Comment on As The Next Great Startup Boom Emerges, ChatGPT Is Coming To Classrooms, Hospitals, Marketing Departments, And Everywhere Else.

Many venture capitalists are eager to invest in the space as ChatGPT goes viral and “generative AI” becomes a buzzword.

If the early 2010s were the era of startups with elevator pitches like “It’s like Uber, but for (fill in the blank),” we may be entering an era where founders explain why their companies are like ChatGPT, but for, well, everything.

Jasper, a content creation firm that uses the ChatGPT technology, raised $125 million in a Series A round in October, valuing the company at $1.5 billion. Copy.ai, a Jasper competitor that uses ChatGPT for marketing, raised $11 million in Series A funding in October 2021.

And there will be plenty more, according to Lux Capital partner Grace Isford.

“We’re at an exciting inflection point for AI — we’re just scratching the surface of the many vertical use cases for large language models beyond the creative industries to areas like biology, manufacturing, and healthcare,” Isford said. “We’ll probably get to the point where AI is seamlessly integrated into day-to-day workflows.”

The benefit of recent generative AI models is that they are now available to other businesses. OpenAI, the company behind ChatGPT and DALL-E, collaborates with companies such as Jasper, Copy.ai, and mental health startup Koko, among others.

A flood of new businesses

As the access to generative AI models becomes more readily available, founders will be able to develop their “ChatGPT for plant lovers” concept much more quickly than previously. That’s a good thing for many investors. They believe that generative AI will become as commonplace as the cloud or the internet.

However, there is a risk that startups will use ChatGPT solely for the sake of using ChatGPT. Not all generative AI companies will last, and not all industries will have problems that generative AI can solve.

When Uber first became popular, there was an Uber for pets — the pet and human ride-hailing app SpotOn — and an Uber for groceries, Getir, but only a few were as successful or transformative as Uber.

For the time being, investors are confident that their investments in generative AI will pay off, according to Josh Constine, a partner at Signal Fire.

“As with most trendy industries, there are companies that are or will be much more valuable, and many more that will never live up to their hype,” Constine explained. “However, unlike previous cycles where utility seemed speculative or, at the very least, many years away, we’re already seeing traditional businesses transformed by the breadth and efficiency of generative AI.”

It’s still the early days for generative AI, and companies will continue to develop new applications for the technology.

Eventually, generative AI will lose its luster, and startups will be forced to sink or swim in the same way that every other business does: with consistent revenue and profits. But, for the time being, being buzzy is sufficient. 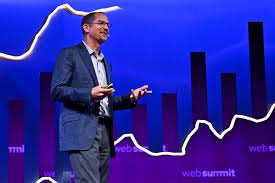